Zaha Hadid, founder of Zaha Hadid Architects, was awarded the Pritzker Architecture Prize (considered to be the Nobel Prize of architecture) in 2004 and is internationally known for her built, theoretical and academic work. Each of her dynamic and innovative projects builds on over thirty years of revolutionary exploration and research in the interrelated fields of urbanism, architecture and design. Working with senior office partner, Patrik Schumacher, Hadid’s interest lies in the rigorous interface between architecture, landscape, and geology as her practice integrates natural topography and human-made systems, leading to experimentation with cutting-edge technologies. Such a process often results in unexpected and dynamic architectural forms. The MAXXI: National Museum of 21st Century Arts in Rome, Italy and the London Aquatics Centre for the 2012 Olympic Games are excellent demonstrations of Hadid’s quest for complex, fluid space. Previous seminal buildings such as the Rosenthal Center for Contemporary Art in Cincinnati and the Guangzhou Opera House in China have also been hailed as architecture that transforms our ideas of the future with new spatial concepts and bold, visionary forms. In 2010 and 2011, her designs were awarded the Stirling Prize, one of architecture’s highest accolades, by the Royal Institute of British Architects. Other recent awards include UNESCO naming Hadid as an ‘Artist for Peace’, the Republic of France honouring Hadid with the ‘Commandeur de l’Ordre des Arts et des Lettres’, TIME magazine included her in their list of the ‘100 Most Influential People in the World’ and in 2012, Zaha Hadid was made a Dame Commander of the Order of the British Empire by Queen Elizabeth II. 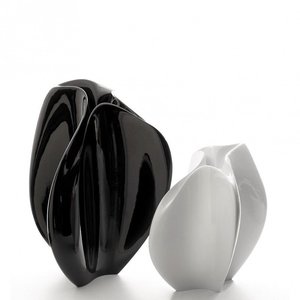 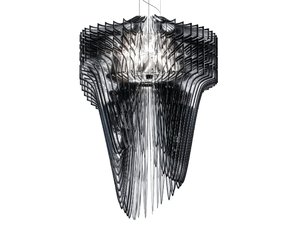 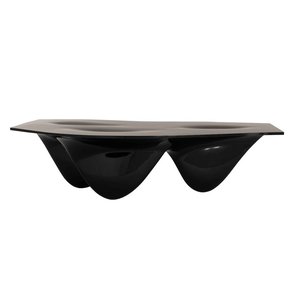 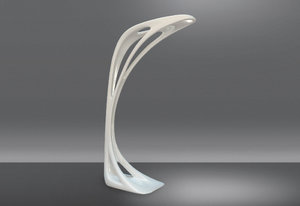