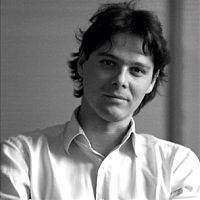 Nicola De Ponti was born in Milan in 1971 and graduated in Architecture from Milan Poly- technic in 2000. From 1996 to 1999 he did a series of projects for Tusquets, Diaz and Asociados architecture and design studio in Barcelona. From 2001 to 2004 he worked for Flavio Albanese’s architecture studio in Milan for the conversion of the FAEMA industrial complex. It was around that time that De Ponti developed his first interior design and architectural projects as a freelance architect. From 2003 to 2006 he taught at Milan Polytechnic and was mentioned several times in the Adi Design Index (2008, 2010, 2011). In 2004 he began freelancing in partnership with An- tonia Astori, specializing in architectural, interior, furniture and industrial design. He also began collaborating with OFARCH (Design Diffusion World editions) as an architectural journalist and critic. Since 2011 he has combined architecture and design with art direction for Italian furniture- making companies, including Mussi Italy and Valsecchi 1918. 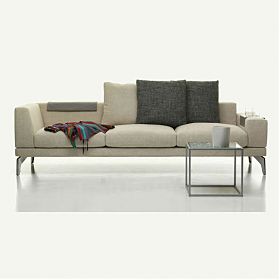