LinBrasil is exclusively dedicated to the work of Sergio Rodrigues and has in its portfolio 56 furniture pieces including the most iconic created by the master throughout his 60 years of work in furniture design. The company was created by the entrepreneur Gisèle Pereira Schwartsburd. Coming from a family of furniture makers, Gisèle studied Industrial Design at the Federal University of Paraná, and then decided to devote herself to dance and theater. In 1999, while visiting an exhibition in a shopping mall in Rio de Janeiro, she reviewed her career.

“For a long time I had not been next to the armchairs by Sergio Rodrigues. I once again was under the spell of his Brazilian essence, the Brazilian culture embodied in a piece of furniture of modern design, fashioned in solid wood, the joints, and the sensuous and curving lines. However there was no place where I could buy one of his creations. At the time, the market was dominated by globalized design, and the master’s genius was completely out of reach, “says Gisèle.

Thereupon, she decided to engage in the edition of furniture by Sergio Rodrigues, which began in 2001. Gisèle innovated on the Brazilian scenario when she decided to become an editor, not a manufacturer or trader, because she believed that this was the way to enhance her endeavor.

Production is carried out in partnerships with selected industries. Much attention is paid to the quality of manufacturing, which follows the original patterns and models, further including the employ of state of the art CNC machines combined with hand finishing. The species of wood used in pieces for the South American market is the tauari (Couratari oblongifolia). The usage of this wood in the furniture industry is encouraged by Brazilian environmental protection agencies. For the Northern Hemisphere market, the chosen wood is beech (Fagus sylvatica), because this species, as it is original from the North, is more stable under climatic variations in these countries.

Marketing is done in the most important showcases of Brazil, managed by retailers chosen for their commitment to good design and its penetration in interior designers as well as in selected addresses in the United States and Europe.
When creating LinBrasil, Gisèle Pereira Schwartsburd took upon herself to publicize the master’s work, not only offering his achievements to the consumer market, but also promoting public recognition to the creator while still alive. Her work helped to disseminate the perception that the furniture by Sergio Rodrigues is a masterpiece of design, regardless of fashions or fads. 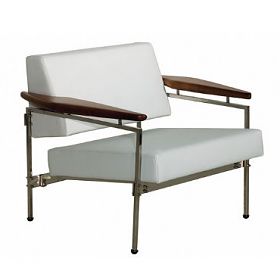 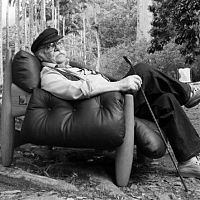 Want to get the latest updates from LinBrasil?

Register on MyDecor to follow LinBrasil and get notifications on news and products.