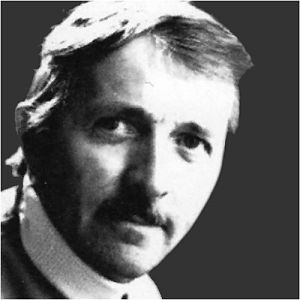 Johannes (Jo) Hammerborg was born on February 4, 1920 in Randers town, Midtjylland (a region in Denmark), as the fourth of seven children. After concluding his high school studies in Randers, Hammerborg undertook training as a goldsmith in Randers and Silkeborg, from 1942 to 1943. In 1944 he was admitted at the Copenhagen Kunstakademiet - the prestigious Royal Danish Academy of Fine Arts - and his paintings were exhibited in Randers on an yearly basis between 1944 and 1947. In 1949 he started working as a silversmith at Georg Jensen, where he remained for the following eight years.
In 1957 Hammerborg was appointed head of the design department at Fog & Morup. His tenure would prove to be the most successful period in the company's 80-year history, both artistically and commercially, as he introduced a new modernist aesthetic, imposed a unified branding style, and introduced stringent new rules for the company's production. From the smaller components that make up the lamps to aspects such as labeling, packaging, advertising and showrooms, all business areas came under Hammerborg's discerning eye for form and detail. Hammerborg was a prolific designer, creating more than 60 lamps himself, and he also worked with other designers in order to adjust their projects to new F&M production standards.