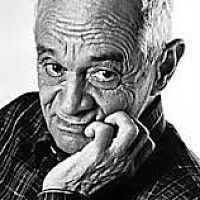 José Zanine Caldas (Belmonte BA 1918 - Vitória ES 2001). Architect, designer, scale model maker. In the 1940s, he worked as a draftsman for the Severo & Villares office, as well as a staff member of the National Historical and Artistic Heritage Service - Sphan. He opened and ran a model making studio in Rio de Janeiro from 1941 to 1948, when, advised by Oswaldo Bratke (1907-1997), he moved the studio to São Paulo, where it remained active from 1949 to 1955. He had among his clients the main modern architects of both cities and was the author of most of the scale models presented in the book Modern Architecture in Brazil, 1956, by Henrique E. Mindlin. In 1949, Caldas set up the Z Artistic Furniture manufacture in São José dos Campos, São Paulo, a business he would quit in 1953.

Caldas worked as an assistant to the architect Alcides da Rocha Miranda (1909-2001) in the School of Architecture and Urban Planning of the University of São Paulo - FAU/USP, between 1950 and 1952. He developed landscape architecture projects in the capital of São Paulo until 1958, when he moved to Brasília to carry out his first project for a residence, in 1958, and to coordinate the construction of others up to 1964. Appointed by Rocha Miranda to Darcy Ribeiro (1922-1997), he entered the University of Brasília - UnB, in 1962, teaching model making courses until 1964, when he was ousted in the aftermath of the military coup. In this year, he traveled through Latin America and Africa, and, on returning to Rio de Janeiro, carried out his second residential project, the first of a series built in Joatinga until 1968. In this year, he moved to Nova Viçosa, Bahia, where he opened a studio-workshop active until 1980, and participated in the project for the creation of an environmental reserve together with the artist Frans Krajcberg (1921), for whom he designed a studio in 1971.

While in Bahia, he kept his Rio office running between 1970 and 1978, eventually returning to Rio de Janeiro in 1982. One year later, he founded the Development Center for the Applied Uses of Brazilian Woods - DAM, which was relocated to the University of Brasília in 1985. In this period, he proposed the creation of the School of Making, a training center focused on the uses of local woods for building houses, furniture and implements for the low-income population. In 1989, he was reinstated in his office at the UnB but did not resume his activities as a teacher. In this year, he traveled to Europe, where he designed houses in Portugal and taught at the École d´Architecture de Grenoble [Architecture School of Grenoble], in France. 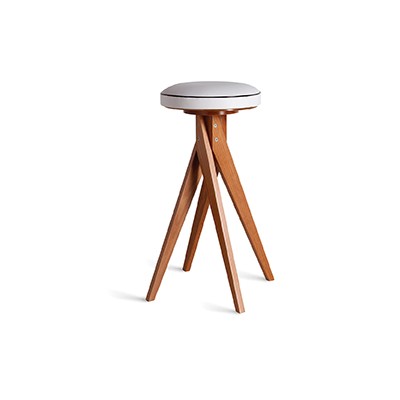