Orrefors preserves its heritage from Edward Hald and Simon Gate with great reverence. But the glassworks is a living organism, so that this heritage is passed on and developed. For 70-80 years, art glass has been the virtual spearhead of all glass production here. It is art glass that has made and is still making the name of Orrefors a worldwide synonym for quality and beauty. But it is household glass that generates income.

Throughout the 20th Century, Swedish art glass has been admired and treasured by a broad public, both in Sweden and internationally. For more than 260 years, Orrefors has won thousands of design and glassmaking awards, and have been collected by individuals and museums and showcased in exhibits and public installations the world over.

But despite the achievements of Edward Hald, Simon Gate and other great designers, it was not until the 1980s that art glass became a self-sufficient product. That was when the Orrefors management decided that the glass of designers who had died or left the glass-works would no longer be produced. At the same time, a decision was made to create a new collection if art glass -- Orrefors Gallery. The idea is to present a new collection of a limited number of pieces in short series at regular intervals. 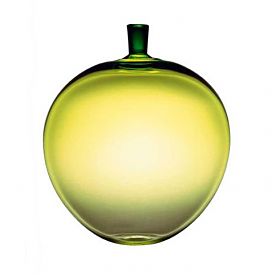 Want to get the latest updates from Orrefors?

Register on MyDecor to follow Orrefors and get notifications on news and products.