He was born and still lives in Milan. In 1960 he met Cesare Cassina who ofered him the rare chance of creating arts in the industrial sector.
Between 1967 and 1980 he produced a major cycle of drawings which still represent the most important source for his research. Parts of this cycle, such as Il gigante e l’ombra (The Giant and the Shade), La colpa e l’architettura (Guilt and Architecture) touched on archetypal images such as the matrix, already anticipating the essential issues of post modernism.

At the Cesare Cassina Centre, a design research centre sponsored by Cassina and C&BItalia, he worked with a group of technical experts and craftsmen, transferring artistic process into design research. He investigated new methodologies to support and promote individual and collective creativity. He involved various architects and designers in the creation of products which have turned into Italian design icons – Maralunga by Vico Magistretti, Up 5 and Sit Down by Gaetano Pesce, Bambole by Mario Bellini, AeO by Archizoom.
He coordinated the selection of projects for the ground breaking exhibition New Domestic Landscape of Italian Design at MOMA in New York in 1972. In order to pursue his research, he travelled to India, the US and Japan (1970-1973). He promoted experimental initiatives such as Braccio di ferro with Gaetano Pesce and Alessandro Mendini (1973) for an edition of avant-garde prototypes. In 1974 he formed Environmedia with Mario Bellini and Pierpaolo Saporito promoting the use of interactive media in project practices. In 1980 he set up his own Design and Communication Centre for project research and development.
He was involved in many important projects for Cassina such as Cab by Mario Bellini, Wink by Toshiyuki Kita and Tramonto a New York by Gaetano Pesce. He designed themed installations giving them a speciﬁc title for the launch of each new product so inventing, what would later be called, event concept. Some of the most interesting examples are the ones for Cassina (from Il Ponte, The Bridge, 1977 till Spazio Storico, Razionale, Cosmico, Historic, Rational, Cosmic Space, 1987), I ﬁori crescono sulle rovine (Flowers growing from the ruins, 1978), Design, autoritratto con padre e architettura (Design, self-portrait with father and architecture, Triennale 1979), Il conﬁne (The Limit, 1980), Il tempo dell’acqua o dei bagnanti dopo Marx (The time of water or of bathers after Marx, 1982), L’isola dei ﬁori del vento (The island of the ﬂowers of the wind, 1984), New Adam and Eve (Venini 1985).

On 1988 he took part to the itinerant exhibition on the future of technology with Il mostro e la tela (The Monster and the Canvas) for Mondo Materialis and he was at the Milan Triennale on 1992 with the project La permanenza (Permanency).

The exhibition La mia mano destra (My right hand) at Galleria Milano opens a phase of intense dialogue with Pierre Restany and his passionate and critical intelligence. Still in 1992, he embarked upon a series of large paintings on sheets called Tracce emozionali domestiche (Traces of domesticated emotions) after which he was invited by Massimo Morozzi to design for Edra. The encounter with Massimo Morozzi and Valerio Mazzei marked the beginning of a peculiar and fascinating period.

With the invention and design of such classics as L’homme et la femme (1993), Flap (2000), On the rocks (2004), he was able to synthesize in a single product, his curiosity and interest in human behaviour with an interactive movement. He prefers to design home furnishings and particularly sofas as they involve space-man-communication issues and they are privileged areas of inquiry about behaviours and relations.

The collection Annett for Magis and the sofas Sofa, Brenno and Standard, for Edra, are the results of a new expressive period where quality and significant encounter the needs of a wider market. Sfatto and Tronco, two very recent products, are the latest results of an expressive research on Time and Memory: a research that pursues the necessary conciliation between history and modernity. 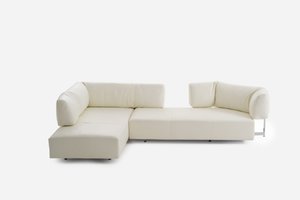 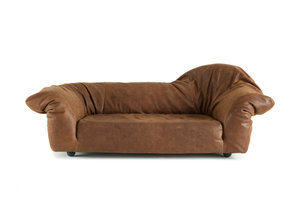 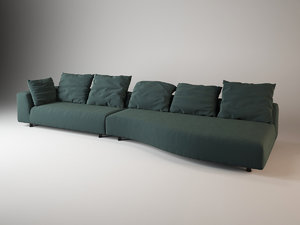 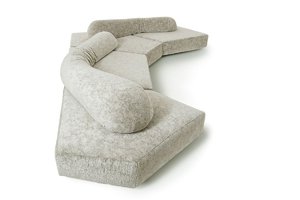 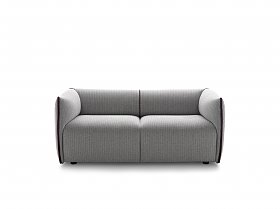 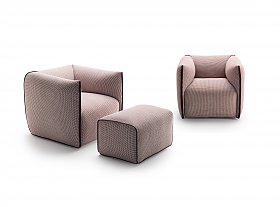 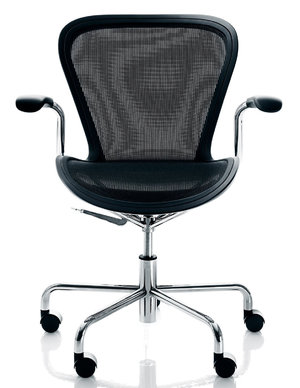