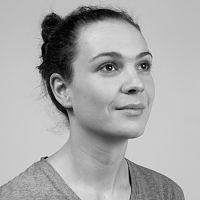 Daphna Laurens design studio is founded in Eindhoven in 2008 by Daphna Isaacs (1982) and Laurens Manders (1984), both of whom graduated from the Design Academy in Eindhoven in 2006 and 2008. The studio’s stylistic research is geared towards experimentation, both in the search for new forms as in the use of materials, with the aim of turning everyday products into objects that have their own distinctive identity. The artefacts created by Daphna Laurens seem to be hybrids, presenting themselves as versatile solutions that combine functionality and expressiveness, even in an attempt to reveal the extraordinariness of everyday rituals through their use.
In 2010 Isaacs and Manders were presented with the DMY Award for the Tafelstukken series, which is currently produced by Cappellini. The studio has presented its work at the Galerie Gosserez in Paris, the Krehký Gallery and the Krehký Mikulov Art Design Festival in the Czech Republic, having also taken part in the “Trading Places. Designers meet the collection” exhibition at the Kunstgewerbemuseum in Dresden in 2014.
Daphna Laurens is part of the Dutch Invertuals collective, which brings together a group of Dutch designers in the formulation of a cultural proposal that is associated with the creation of a series of exhibition projects and the original production of experimental artefacts. 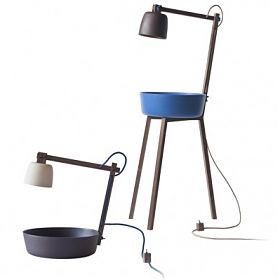