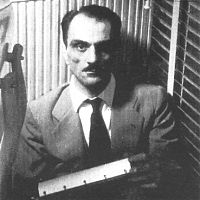 Born in turin on may 6, 1905. carlo mollino inherited from his father a propensity for the building trade and a multiplicity of interests that would make him into the stereotype of the reckless genius, which he never abandoned. in a professional life that deeply reflects his eclectic, outlandish and elusive personality, and which would be it would be reductive to apply a single label (architect, designer, hotographer, urbanist), mollino's itinerary can be broken down chronologically into different phases. from his beginnings to the forced hiatus due to the war, during which he focused on furniture and models of habitation, to the postwar works.

An avid skier, race car driver and aeroplane pilot, mollino fell naturally into turin's lively cultural scene between the two wars, where he forged friendships with many of its protagonists. in his own projects, alongside an admirable technical rigour and particular attention to the functional aspect of things, there would invariably be a close dialogue between elements of modernity and a strong sensitivity toward the antique. between 1933 and 1973, the year of his nexpected passing, he realised only a dozen architectural works in all.

Noteworthy among his masterpieces:the società ippica torinese (1937-1940), where rationalism exalts and magnifies metaphysical elements; the sledge-lift station of lago nero (1946 – 1947) wherein the traditional typology of Alpine construction is re-elaborated in unprecedented forms; the new teatro regio di torino (1965 – 1973), the interior of which mollino himself described as being inspired by 'a form halfway between an egg and a partially opened oyster'.

Equally important was his work designing interiors. his casa miller (1936) and casa devalle (1939-40) were conceived with decidedly surrealist taste. In 1949 he began teaching in the faculty of architecture of the politecnico di torino, and was invited the following year to participate in a show that was travelling to eleven american museums. mollino would never design anything for big industry. 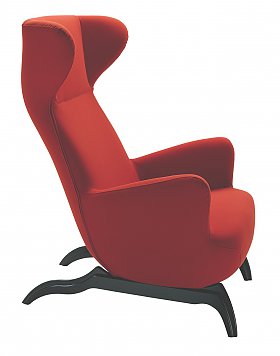 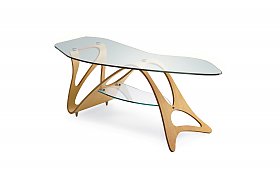 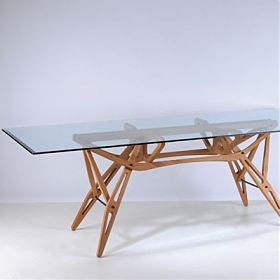