Architect Alessandro Mendini was born in Milan in 1931.He has been editor-in chief of the magazines Casabella, Modo and Domus.
Monographs on his individual work and his projects with the Alchimia group have been published in different languages.

He designs objects, furniture, concept interiors, paintings, installations and architecture. International collaborations include Alessi, Philips, Cartier, Swatch, Hermès and Venini. Alessandro Mendini is design and image consultant to different types of companies, from Italy to the Far East. He is an honorary member of the Bezalel Academy of Arts and Design in Jerusalem. In 1979 and 1981 he was awarded the Compasso d’Oro of design; in France he carries the title of Chevalier des Arts et des Lettres; he is the recipient of an honorary title from the Architectural League of New York and was awarded an honorary doctorate degree from the Milan Polytechnic. At the Universität für angewandte Kunst in Vienna, Mendini has worked as professor of design. He is an honorary professor at the Academic Council of Gangzhou Academy of Fine Arts in China.
His work is featured in many museums and private collections.

With his brother Francesco Mendini, he opened Atelier Mendini in Milan in 1989. Projects include the Alessi factory in Omegna; the new Olympic pool in Trieste; a series of subway stops in Naples; the refurbishment of the Naples City Hall, the Byblos Art Hotel Villa Amistà in Verona, Italy; the new offices of Trend Group in Vicenza; the renewal of three industrial areas with buildings for commerce, offices, apartment hotels and homes in Milan Bovisa; a tower in Hiroshima, Japan; the Groninger Museum in Holland; a district of Lugano, Switzerland; the Madsack office building in Hanover, a commercial building in Lörrach, Germany and other buildings in Europe and the USA.

Mendini and the Atelier are currently coordinating a public project in Korea that entails a number of buildings: “Milan Design City”, which includes the new Incheon trade-show center and a branch of the Triennale di Milano.
All of Mendini’s different types of work - theoretic, written and design-oriented – are rooted in the crossroads between art, design and architecture. 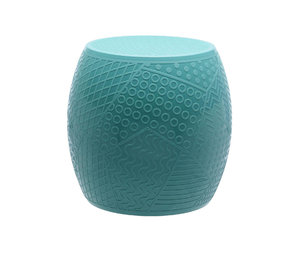 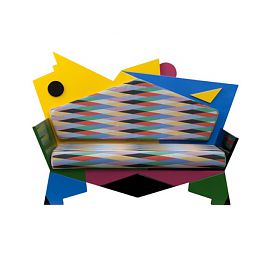 Manufacturing A Lot Of 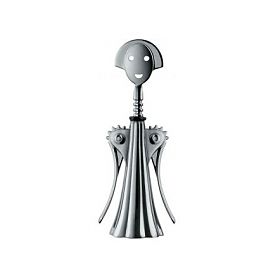 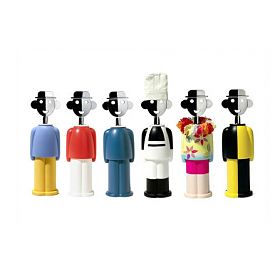 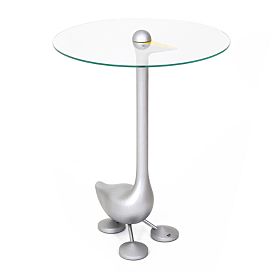 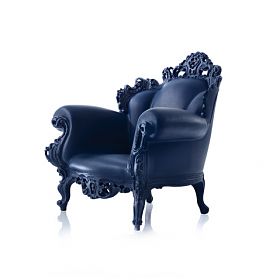