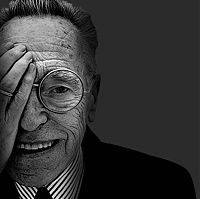 Castiglioni was born in 1918 and studied Architecture at the Milan Polytechnic School. Just after World War II he joined the studio run by his two older brothers, Livio (1911-1979) and Pier Giacomo (1913-1968), also architects, where he focused mostly on post-war urban planning and architecture.


But the three brothers also worked together in exhibitions and product design, helping the Milan triennial, Compasso d'Oro and AID (Association for Industrial Design) earn the prestige they have today.

Perhaps some of the most radical Castiglioni projects are Mezzadro and Sella (1957), where the brothers used bicycle parts and tractor seats.

Achille Castiglioni's main goal was to "improve" products, rather than invent entirely new objects, which earned him a reputation as a "rational expressionist". For instance, a simple street lamp was Castiglioni's inspiration for the Arco lamp design, made for Flos, while an unholy car headlight was used as a head for the Toio ceiling lamp. The concept of ready-made has an immediate impact on the Castiglioni's design due to the alienation of everyday objects.

With successful designs for several manufacturers, his works include a highly successful cooperation for Achille with his brother Pier Ciacomo until his death in 1968. Among the manufacturers who produce Castiglioni projects we can find Kartell, Zanotta, Brionvega, Alessi or Siemens. Almost all their lamp projects for Flos became true design classics, and they are exhibited in design museums today.

Achille Castiglioniis is undoubtedly one of the most important Italian designers of the 20th century. He has won the Compasso d'Oro on nine different occasions, as well as numerous other awards. 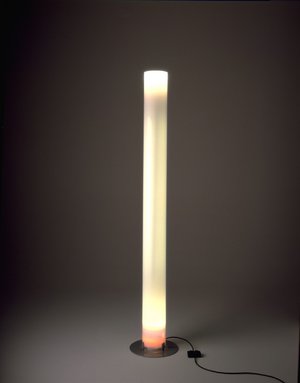 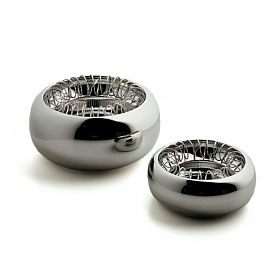 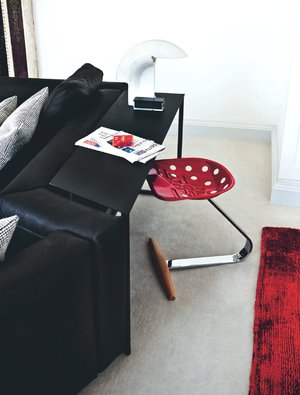 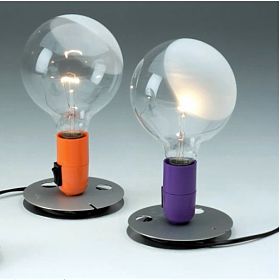 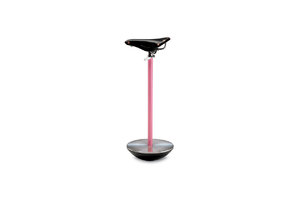 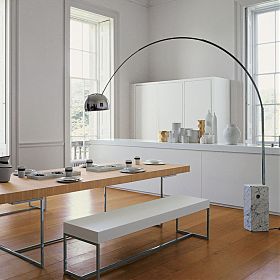 Achille Castiglioni is featured in this project 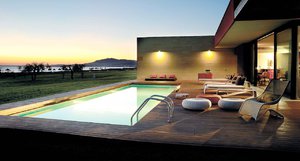